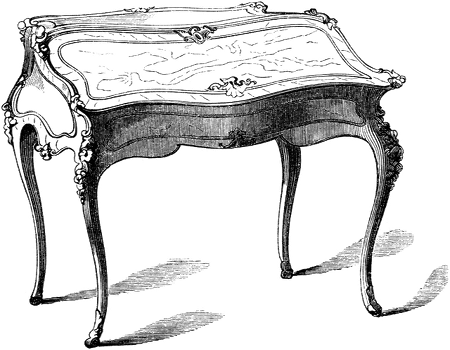 Dawn
Baldwin
Writing for me.

A long span of winter weather probably doesn’t set most people to thinking about the American Civil War. In my city life I never gave our most deadly war much thought in any season. That changed 20 years ago, when I decided to build a log cabin on a remote mountain ridge in eastern West Virginia. My off-grid home is located five miles from pavement, up a rocky dirt road that resembles a streambed or a mud wallow, depending on the season. You’d never dream it was once part of the major thoroughfare from Staunton, Virginia in the upper Shenandoah Valley, to Parkersburg, West Virginia, on the Ohio River. A marvel of 19th century engineering, the 180-mile turnpike took 10 years to build, and was completed in 1848, opening up what was then western Virginia to white settlement and commerce. There are just a handful of original sections remaining; I live on one such 12-mile stretch.

Three miles past my gate is Camp Allegheny Battlefield, where one of the earliest campaigns of the war was fought over control of the turnpike and the access it provided to the B&O Railroad, claimed as a supply line by both sides. Here, and at nearby forts, the two armies faced each other through the wretched fall and winter of 1861 and the bitter spring that followed, a season of deprivation, illness and loss. Many of the confederate soldiers stationed at Camp Allegheny were from Macon, Georgia and coastal Virginia. It was their first experience of snow. I can imagine how fast the novelty wore off.

I’ve thought about the soldiers many days this winter. As I’ve pulled neoprene-lined muck boots over dry wool socks. As I’ve walked out of my heated, weather-tight cabin decked out in a goosedown-stuffed parka made of waterproof firehose cloth. As, on more than one occasion, my fingers have gone numb, even sheathed in Gore-tex gloves.

As I walk, not through knee- or hip-deep snow, but down a plowed drive, I think about them, the boys and men who spent eight months exposed on that higher ridge just down the road. Nearly 4,000 human beings at one point, a third of them sick, huddled in canvas tents with attached chimneys or small huts made of trees and mud. As the frozen months wore on, would they have ever been truly dry or warm? Most confederate soldiers had only cotton clothes, a single pair of socks, thin leather shoes, a slouch hat made of felted wool. A rubber blanket, perhaps, and another of wool. Or a quilt from home. How did they cope with the scouring wind, which can be 60 mph outside my door? Did they wrap their faces and hands in cloth? When their socks wore out, did they wrap their toes? Was there even such a thing as “extra cloth,” perhaps commandeered from local farms? I don’t know.

Sometimes, as my stout Chevy truck slides around an icy hairpin turn or fishtails through slick peanut butter mud on my way down the turnpike toward town, I consider that even with technological advances that would seem pure magic to the Civil War soldier, provisioning ourselves from our high mountain encampment is often a logistical challenge. Forethought, attention and effort is required, something beyond the demands of a mere run to the store. One is compelled to think ahead. Things can go wrong.

For long stretches during the winter-spring of 1861-62, provisioning Camp Allegheny was logistically impossible: oxen and horses simply couldn’t make it up the road. Things went wrong and were mostly just that: quite wrong, August through April.

So how did they survive? I think the proper answer is: barely. We know soldiers died in battle, but more of disease, as did John and Jacob Yeager, who owned the farm where the confederates pitched camp. I imagine they also died of exposure. I imagine here, as elsewhere, some simply froze to death. It’s not a detail that makes it into cinematic tales of the war, perhaps because there’s no version of such death that can be made glorious. It is death emblematic of systemic failure, of being outmatched both as an army and as an individual body, not by the human enemy, but by the weather. There is no descriptor for such dying other than “in vain.” And thus it is the exception that proves the wartime rule.

We recently discovered a plaque at the union stronghold, Fort Mulligan in Petersburg, WV that could just as well be at Camp Allegheny: “The rugged earthworks before you bear silent witness to the sacrifices of thousands of Americans who marched, dug, fought, froze and died here during the war.” That string of verbs strikes me as a perfectly plaintive, wholly realistic statement of what our Civil War was, and all that any war is. Suffering. That and only that.

Last night the winds were gusty and the temperature was in the teens. From my porch, I could see the battlefield ridge in the starlight. I thought of them, humans simply struggling to stay alive, trying to keep the fires going, tired and hungry, dreaming of home.